Pilar or Anton Pilar is an old brand from Berlin. It was founded by Anton Pilar in 1909. He came from Bohemia and is related to famous violinmaking family Pilar from there. He came to Berlin around 1900 and worked for some years for Oswald Möckel untill he started his own shop.Later his two sons Anton Jr. and Jaroslav (1909-2001) joined the business. Jaroslav is the one who made guitars. Later Jaroslavs daughter Renate Pilar von Niederhaüsern took over and today the business is run by her son Andreas von Niederhaüsern as fourth generation. He took over in 2001.

Jaroslav made guitars from 1929-1960 . All kinds of guitars, jazzguitars and classical especially. All guitars were custom ordered and therefore very different. 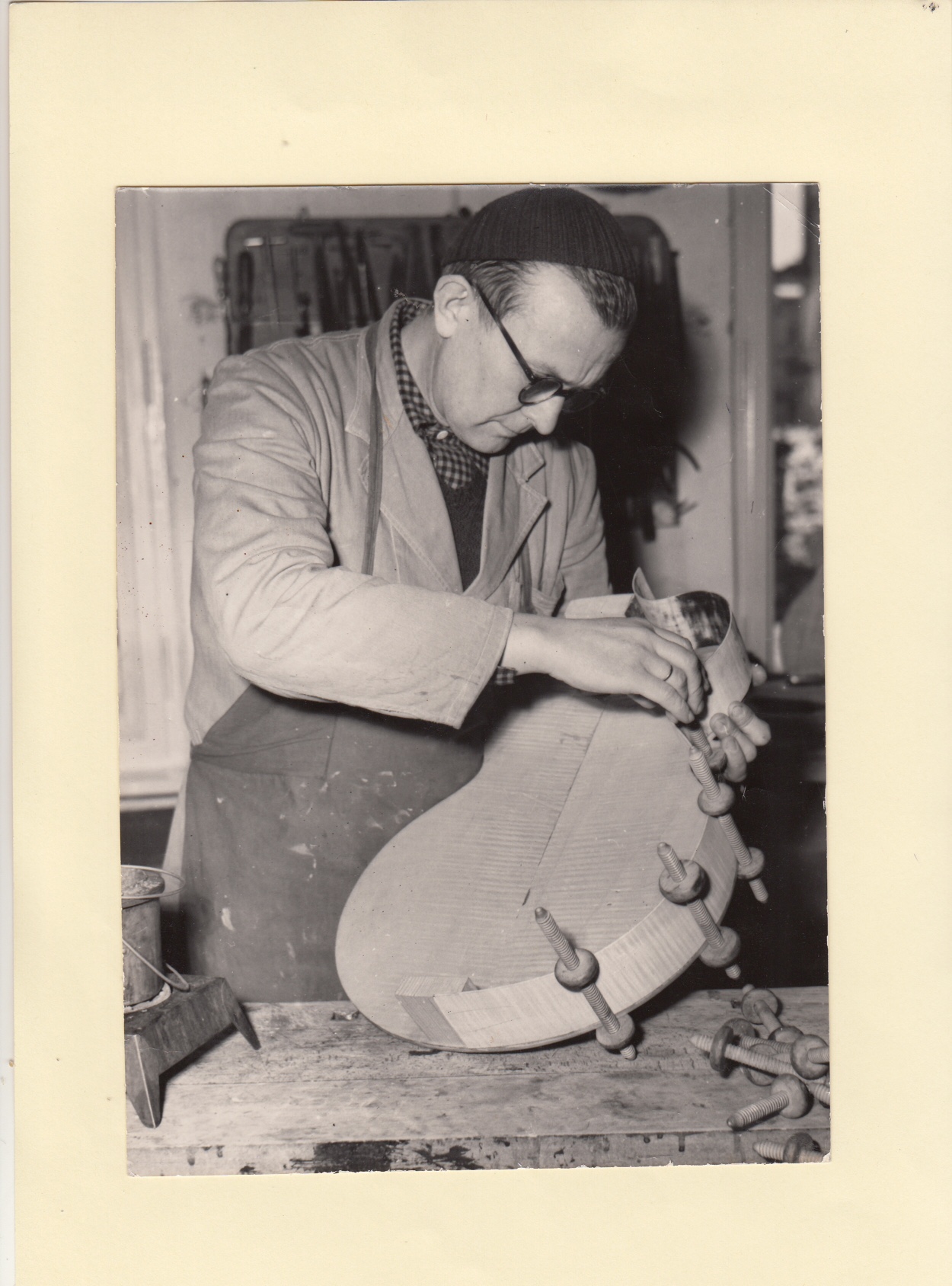 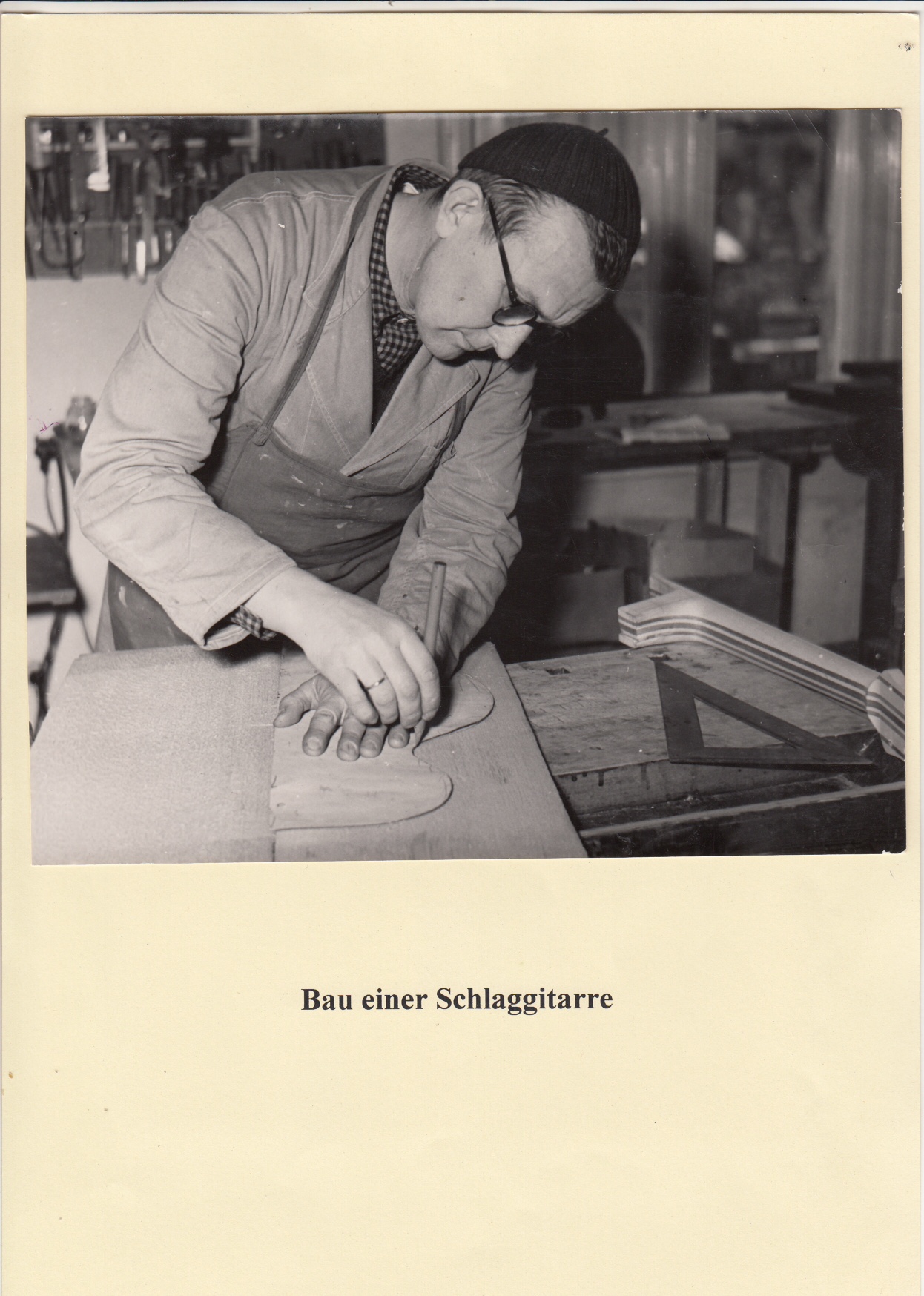 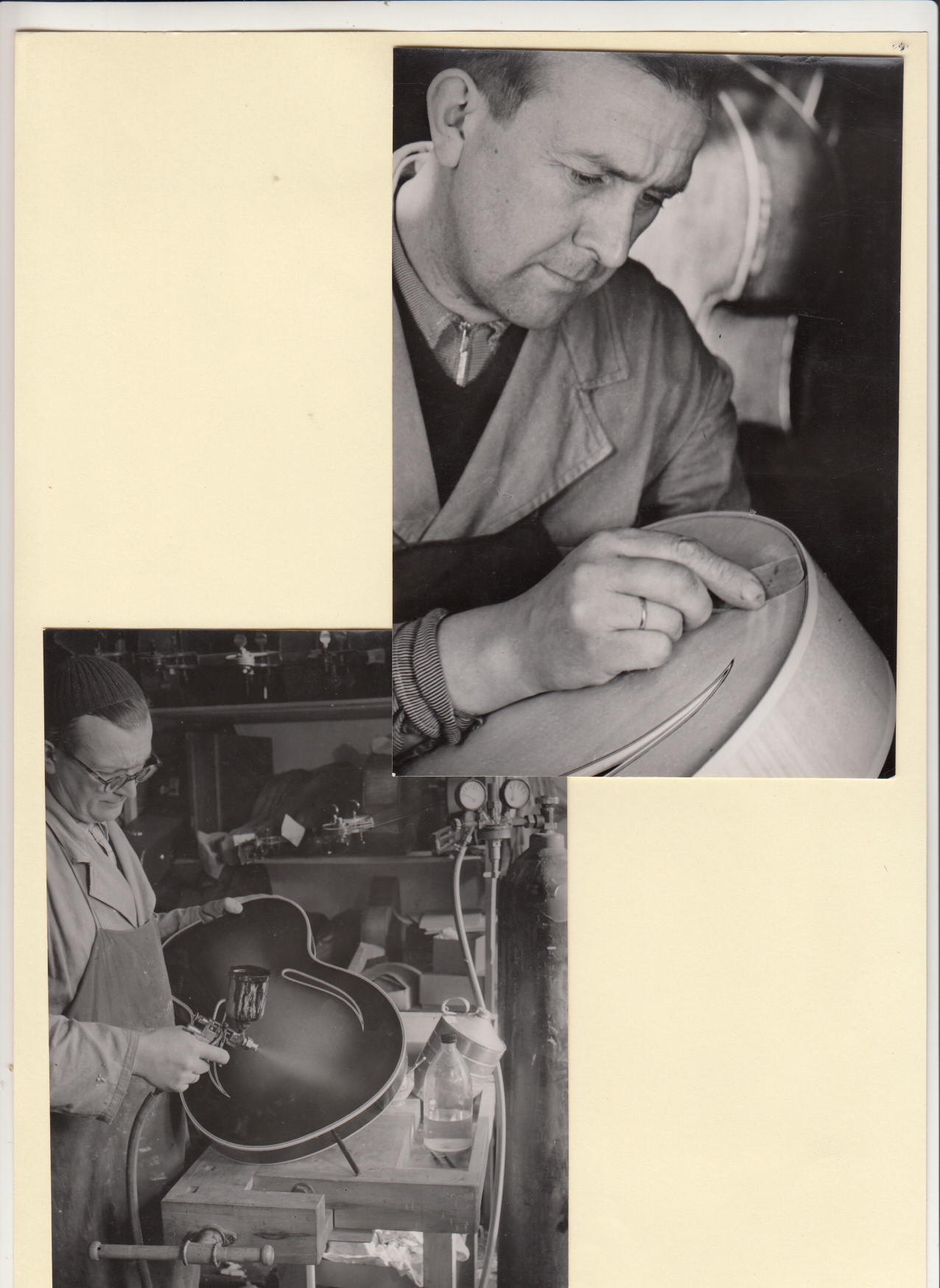 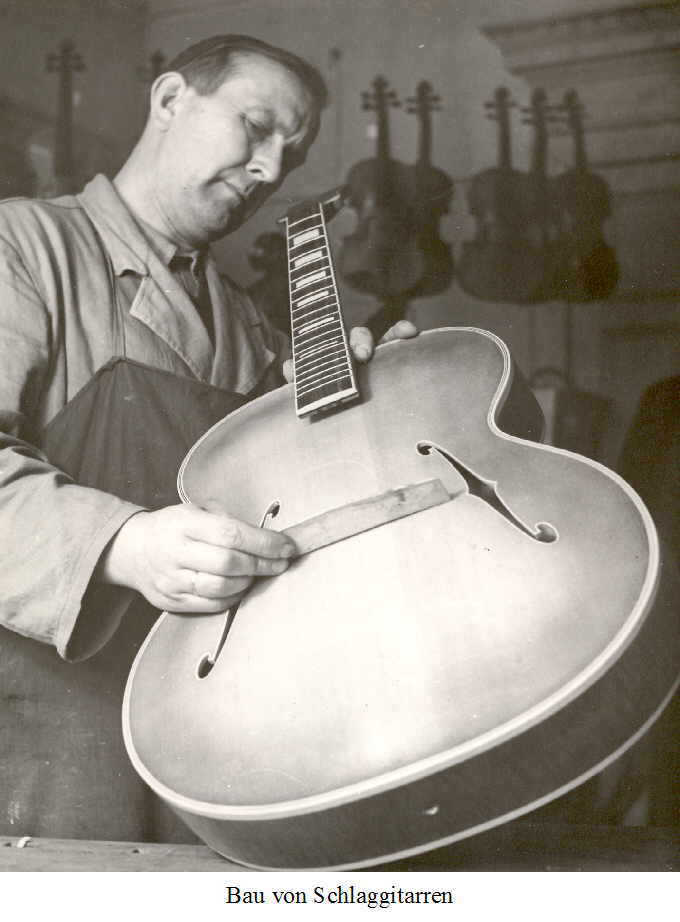 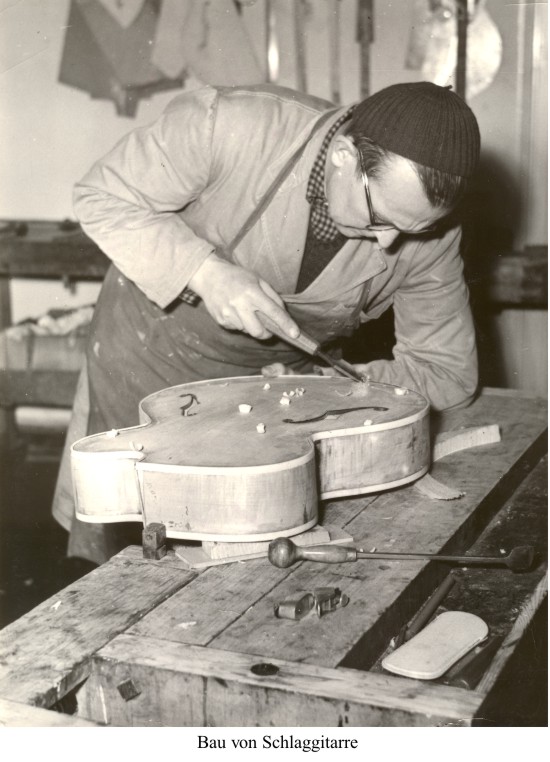 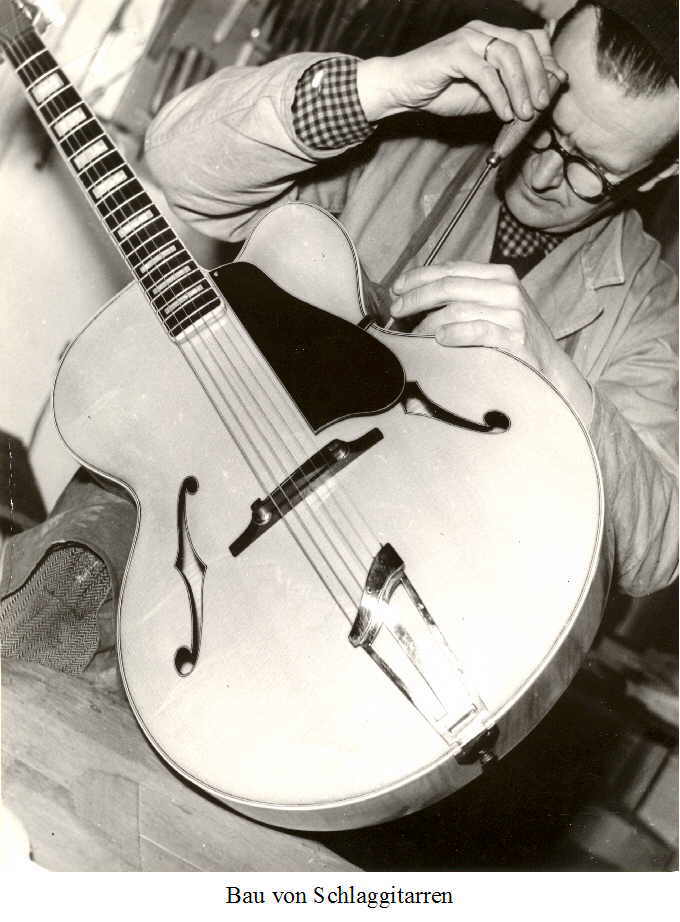 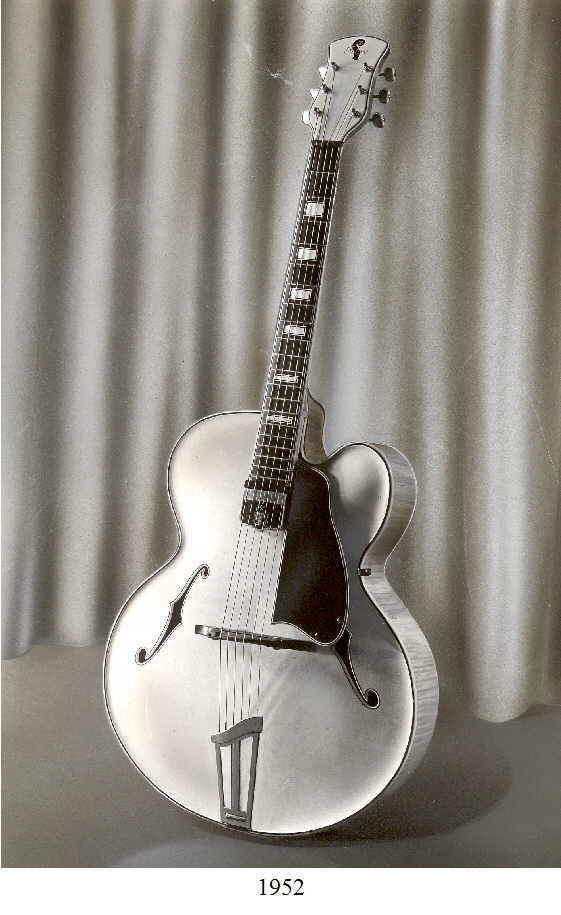 This should be from 1943 and made by Jaroslav for his daughter. Im a little doubtfull that its from 1943, but…anyway. Photo by Lutz Heidlindemann ( Guitardoc) 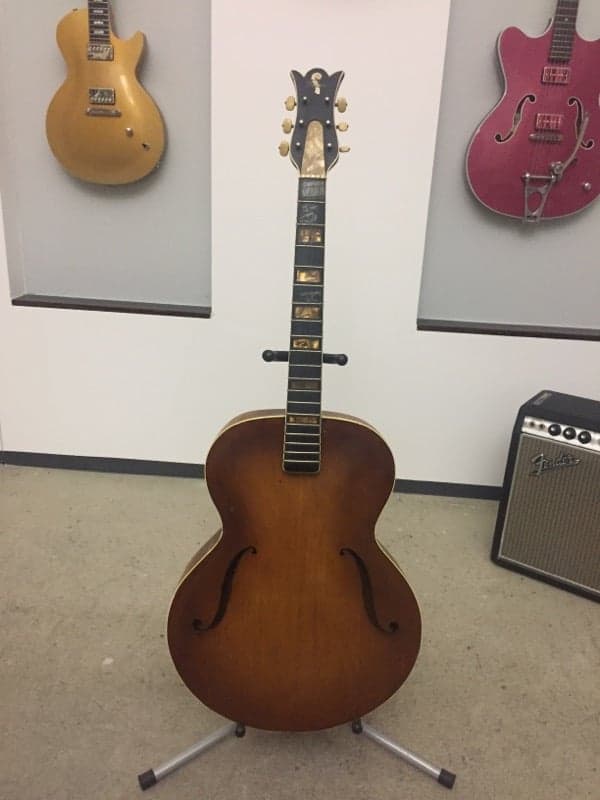 Same tulip shaped head and Anton Pilar label, but the number and year cant be read. Notice the logo on head ,- what does it mean ?  And Jackson on tailpiece. 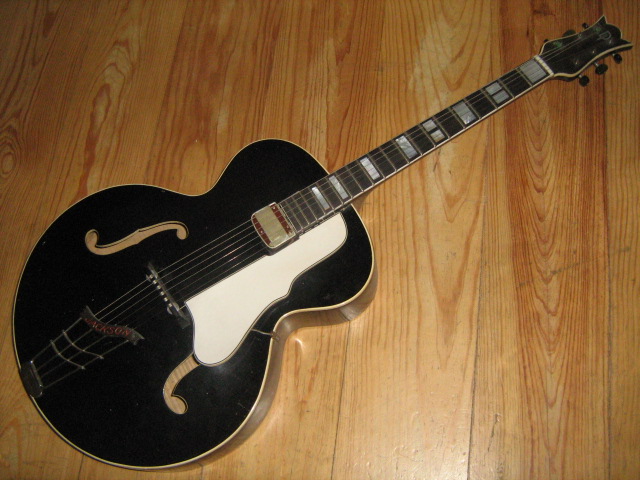 Next blonde is from 1947. I have lost the number 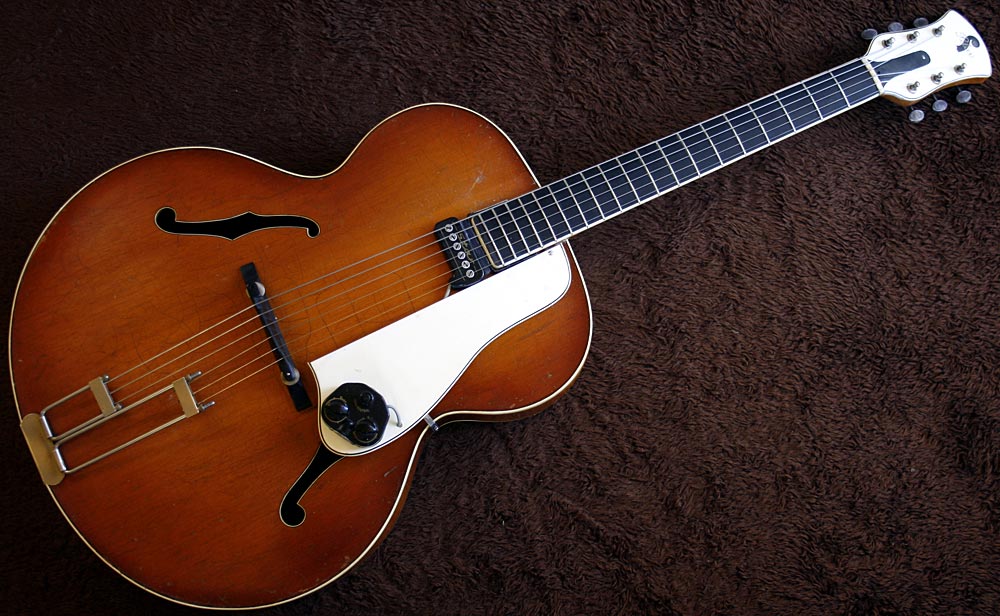 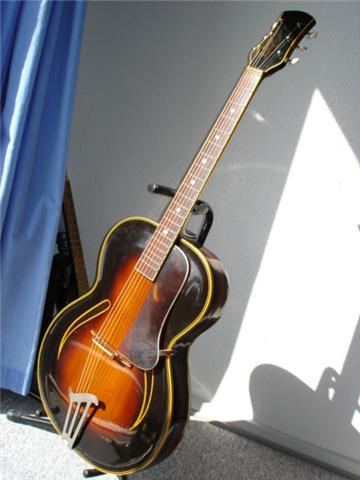 No 126 and the last archtop they made. Never finished and actually made by Jaroslavs daugter in 1960.( Photo from Lutz Heidlindemann ) 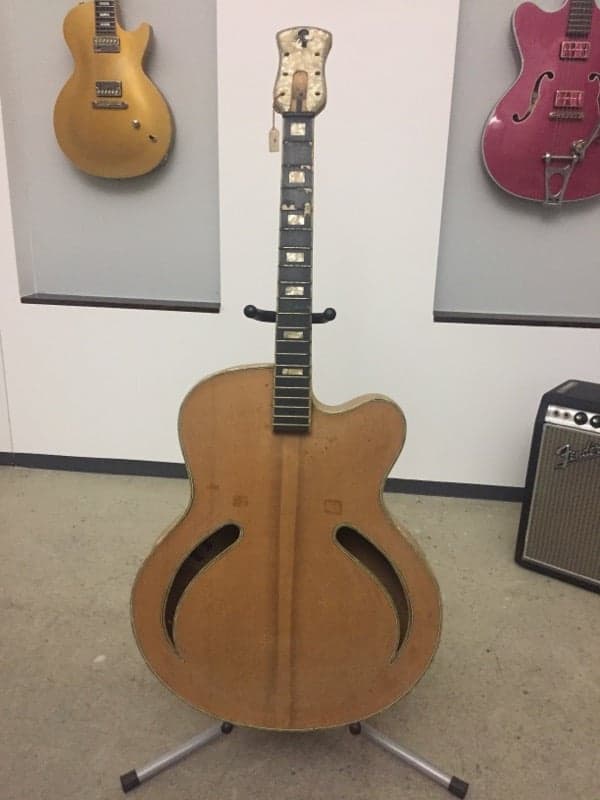 If You know more Pilars, I would be happy to get pics.

Thanks to the ones who helped ,: Andreas Von Niederhaüsern, Lutz Heidlindemann, Ramin Hesse, C.D. and Thomas Kampe