The easiest way to ID a brand is to look at the label 😉 ,- if it says Fender its most likely a Fender , though there are many fakes around…

When I try to ID a guitar without label, I first try to figure out where its made. Most unlabeled guitars found here in Europe are also made here.

In this intro section I will try and tell a bit how I do …or try to do it.  Ill add ideas little by little , when I have the time for it.

Hardware like pickguards and tailpieces can be very good clues, though one must always have in mind that these parts can very well have been replaced over the years…

Never base a identification on a single feature. That will lead to many mistakes unless the feature is diagnostic, and they seldom are. The more featires that fits the better, and then compare with allready known samples.

These looks very much the same , but there are ways to distinguish between them. 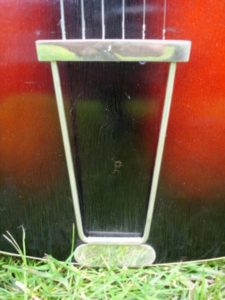 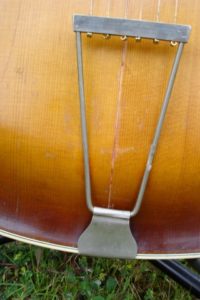 In Czechoslovakia they are almost the same as the Eastgerman above : 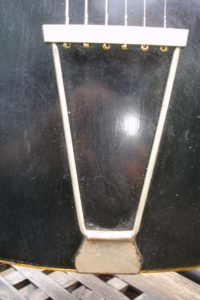 A few other easy recognizable trapeze’s 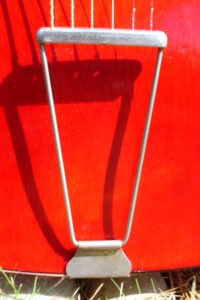 with eastern europe style hinge, but the upper bar is rounded. This trapeze is from Poland , and very often used on Defil guitars. Can also be seen on Italian guitars like Eko ( and probably more) 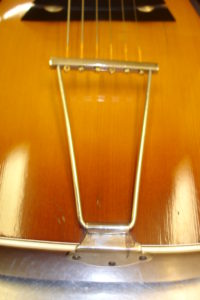 With rounded solid upperbar . Yugoslavia . In this case from a Glazbala ( made in Zagreb, Croatia ) 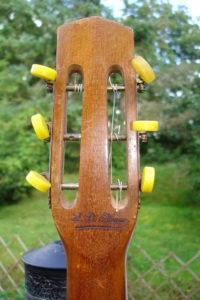 Sometimes marked Rima or HM . Typical Vogtland tailpieces from the area around Markneukirchen 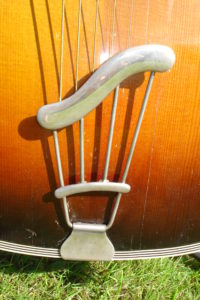 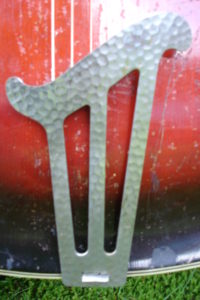 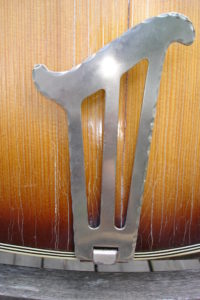 here a couple of variations of simpler harp shaped tailpieces. They also come with added tremolosystem.  As far as I know these can only be found from outside eastgermany as “wrong” replacements….

ABM produced almost all the tailpieces for westgerman guitars…and still do. They do however also deliver to brands and makers outside of Germany….so….

Various types of “reinforced” trapeze style . they come in many versions and also in short versions. first is an older type: 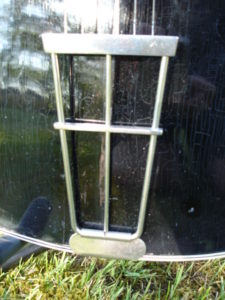 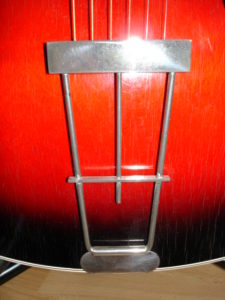 Left is a quite rare type. Right is very common. 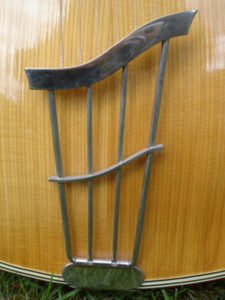 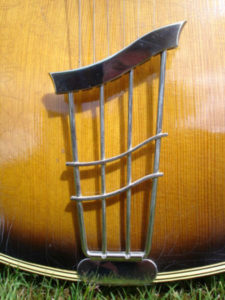 Lyrashaped tailpiece, which was normally used on highend models. They also vary like the others, but the main idea is the same : 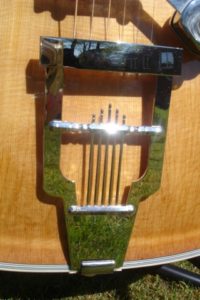